Coming out of a slump... I hope

I hit a real slump in January - not feeling creative and quite unproductive.  I may have burnt myself out with the craft fair again.  It happens every year.  I don't know why I am surprised by that.

The other thing was having two fairly crappy things happen.  First, I had someone return an octopus they purchased from me.  Seriously?  Returning art?  I have on my Etsy site that I do not take returns, but I'll be damned if I am going to allow someone to keep a piece of my heart and soul when they didn't want it!  Still, I'm quite taken aback by the ignorance.

Second, the foray into having my things at a brick and mortar store didn't work out.  I had my things in there for two months. I thought nothing sold and I got bummed out and informed the store owner I would pick my items up. When I got there, it turns out that several pieces and a lot of earrings sold.  I almost broke even so it wasn't as bad as I thought it was.  I am not sure why the owner didn't tell me she sold anything (when I left stuff there she said she would tell me when anything sold) but I took it all anyway.

It's all good - the leftover stuff is up at Etsy.  I still have 6 necklaces to add up there that I haven't gotten around to yet.

My enthusiasm was a bit rekindled though when I got two neat custom orders back to back just last week.  First, a steampunk octopus.  I have not done anything steam punk yet (just being stubborn.  Long story) but I think it came out adorbs: Of course, the whole time I was making it, this song was going through my head:


Hmm maybe the story wasn't that long after all.

The other interesting piece was a octopus cuff bracelet that is to be a V-day gift from a husband to his wife.  They just got back from a trip to Shark Island in VA where they saw an octopus on a scuba dive.  He wanted something to commemorate the trip.  I ended up doing an image transfer of the island and making it look like a framed photo on the cuff, thusly: 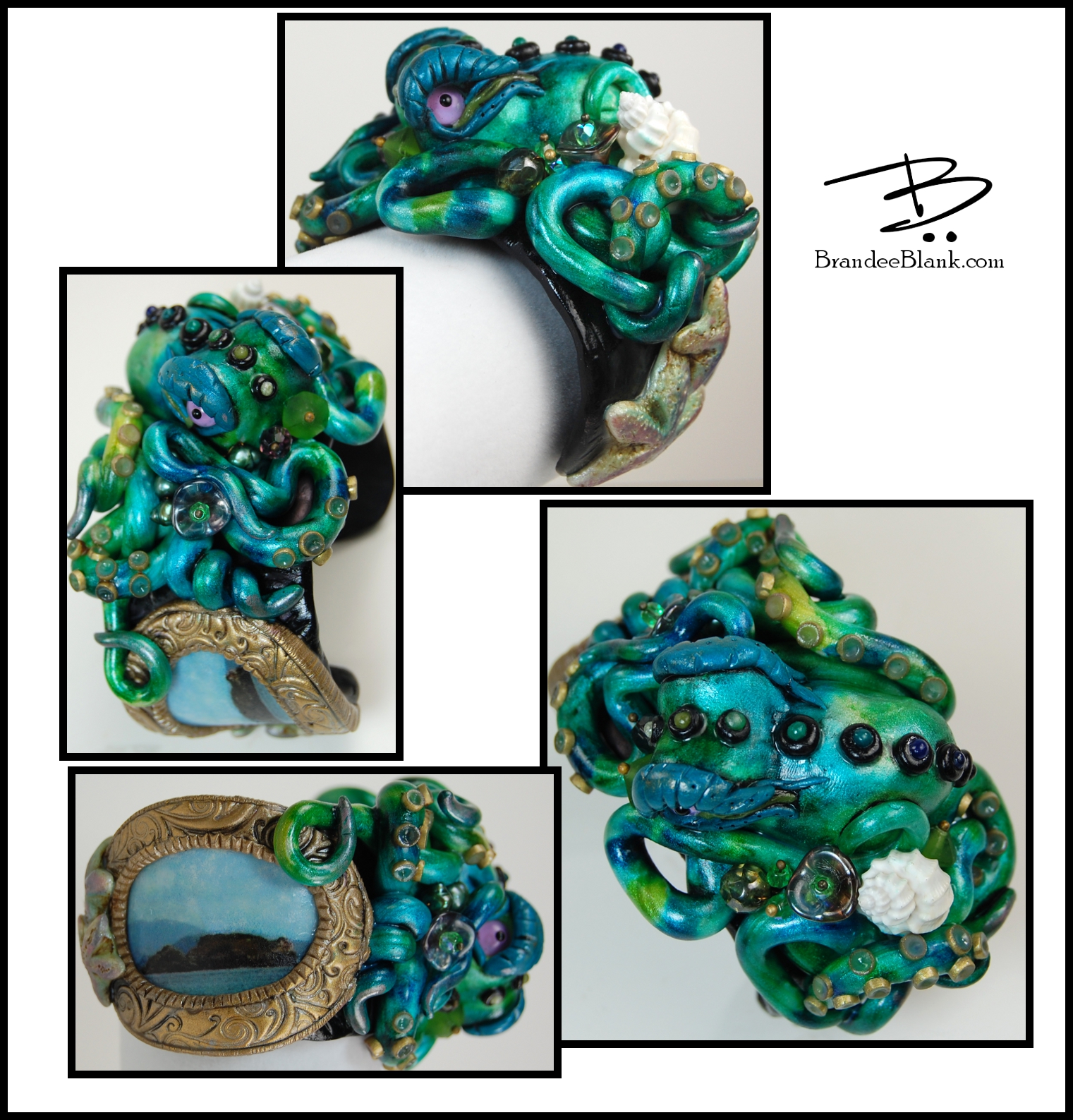 And now, I have 2 more commissions to work on 1) a set of tokens for an MTG deck that has lots of creatures.  and 2) a fairy.  Yep, I have to see if I can make an art doll.  I'm skert!  Luckily, the person who has ordered it is an old friend and we have an agreement that if I can't pull it off, it's ok :)
Posted by Brandee Blank at 2:43 PM No comments:

Now Available at my Etsy shop: